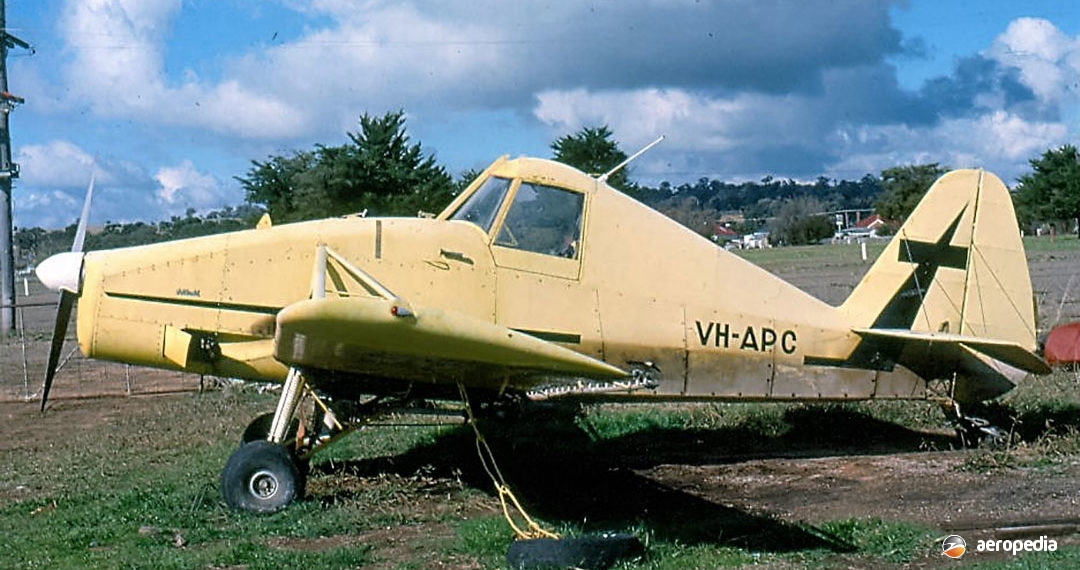 The Call Air A-9, which first appeared in Australia in the mid 1960s, was developed from a line of agricultural aircraft originally built by Call Air Inc of Afton, Wyoming. In 1967 the Company was taken over by the Inter Mountain Manufacturing Company which renovated the manufacturing facility and designed and built the A-9. A total of 770 aircraft was completed and then the production line closed down, the rights to the type being sold to a company in Mexico in 1971.

The prototype flew for the first time in 1963 and production commenced in March of that year. Some 25 examples were imported to Australia by the distributors, Aerial Agriculture Pty Ltd of Bankstown, NSW.

Resembling the Piper Pawnee in many ways, and utilising the same engine, the A-9 was of rugged construction with an all-metal fuselage fabricated from chrome-molybdenum tubular steel with a turnover structure designed to withstand loads in excess of 4,082 kg (9,000 lb). A 0.85 m³ (22.5 cub ft) or 772.8 litre (170 Imp gal) fibreglass hopper was located forward of the cockpit. Unlike the Pawnee, the A-9 featured spruce wingspars, which the manufacturer claimed would shear in a crash rather than transmit their load and deforming the rest of the structure. The ribs were fabricated from sheet aluminium, and the leading-edge of the wing was covered with aluminium alloy sheet. The wings and rear fuselage, except where removable metal panels were fitted, were covered with dacron-polyester fabric. Wire cutters were attached to the leading-edges of the main undercarriage legs, and in front of the pilot’s windscreen.

One A-9B was imported by WA Aerial Services of Cunerdin, WA, but certification problems led the company to convert it to A-9A configuration. It later became VH-MPU. Australian registered A-9As have included: VH-FBS (c/n 1061) first registered in May 1964 and operated by Superspread Aviation Ltd and later Robbys Aerial Service Ltd; VH-MPA (c/n 1063) with Robbys, K W Forrest and the Adelaide Soaring Club, later becoming VH-AZE; VH-MPB (c/n 1067) with Superspread Aviation Ltd and later I L Dunn, retired in 1987; and VH-MSU (c/n 1068) with Marshall’s Spreading & Spraying Service which crashed near Bundaberg, QLD on 25 August 1969.

A number of A-9s have remained airworthy in Australia, mostly these days being operated in the glider-towing role. Most are painted overall yellow, the colour scheme they originally received when manufactured.